Over 3,000 cocktails were shaken, more than 600 recipes, with bartenders coming from all over the British Empire, which in 1934 still spanned much of the globe. These few words already give a sense of the success of the very first Cocktail Competition organised by the UKBG, which also marked its foundation.

The organiser of the competition was the London (West End) Exhibition Company, as part of a larger event known as the Wine, Spirit & Catering Trades Exhibition at Dorland Hall, Regent Street, London. The trade show lasted a whole week, from 1-6 October of that year. As the competition ran alongside the beverage expo, this ensured great visibility and exposure for the Guild, attracting not only professionals of the hospitality industry, but also cocktail aficionados. Such attention made it an easy sponsorship opportunity for some of the era’s biggest distilleries. Important brands such as Booth’s Distilleries and Grand Marnier, to name a couple. Booth’s Distilleries was particularly important as the company was a keen supporter of the Guild, since its very inception. Booth’s sponsored the competition’s grand trophy – the Booth’s Perpetual Challenge Cup – a prize not only conferring bragging rights, but also prestige to the bar that would  take it home. Other prizes and exclusive items were provided by other local businesses, eager to cash in on the exposure. 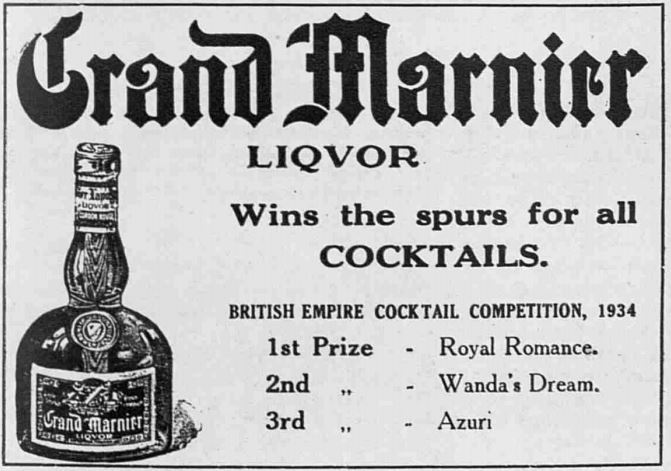 The UKBG Organising Committee was composed of B.Paul (Chairman), F.G. Edwards (Secretary), Billy Whitfield (Florence Restaurant, London), William J. Tarling (Café Royal, London), R.V. Cripps (Hotel Review) and P.S. Bysshe (The Bartender). While compiling the rules and regulations of the competition, the committee agreed that the aim of this contest was to create original and unique cocktail recipes, and innovate drinks that would in future become classics. The submission process for the recipes was by post, using an entry form provided by the Guild. The Guild’s guidance to refrain from too many ingredients, to keep it affordable, and that all items should be available in a common English market. The idea behind this was to ensure that the winning cocktail would gain wider popularity, and be easily replicated and served across the country. 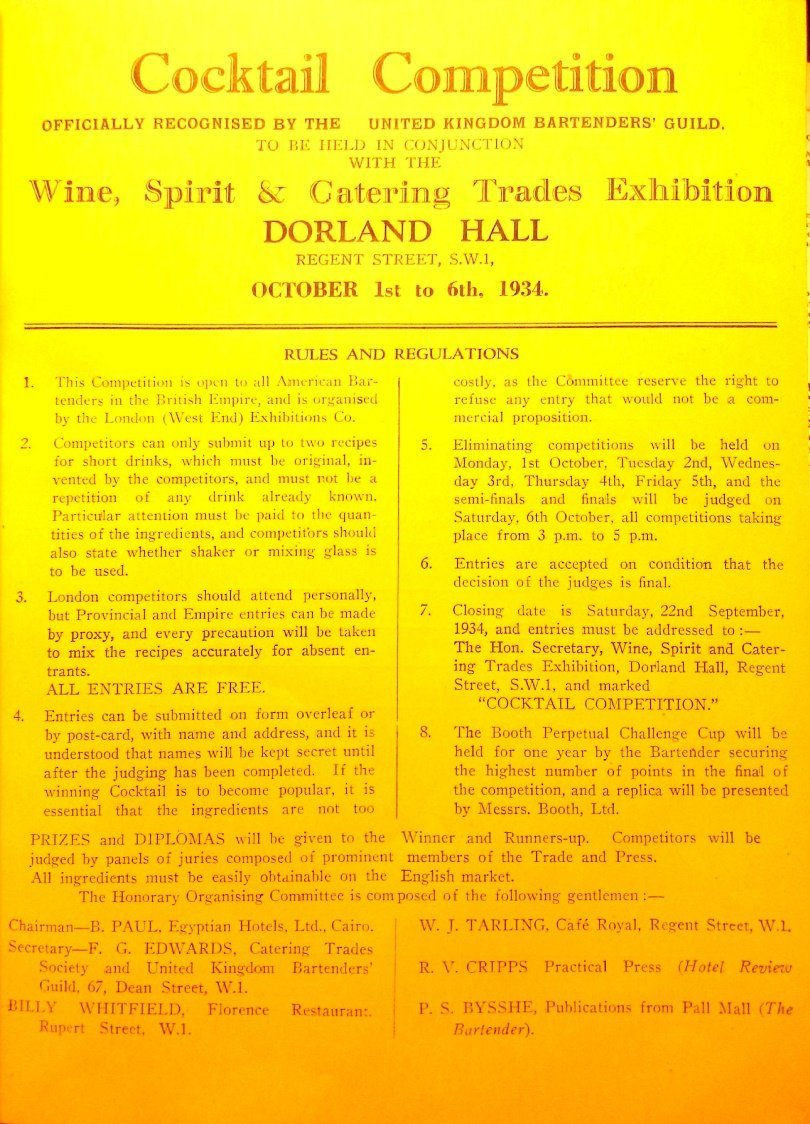 After five days of “cocktail battles”, on 6th October 1934 the semi-finals and final were held. The very first winner of British Empire Cocktail Competition was crowned: Mr John Perosino, bartender of Punch’s Club, with the cocktail “Royal Romance”. Punch’s Club, founded in 1931 by the patron Arthur Ernest Henry Eliot (1874-1936) and located in Waverton Street, Mayfair (London), was a famed society hotspot, entertaining politicians and royalty alike and was famous for its cocktails, according to an article by “The Bystander” in 1934. “Royal Romance” was based on Booth’s Dry Gin and featured Grand Marnier, Dry Passion Fruit Juice and Grenadine. The passion fruit juice, surely a quite innovative ingredient at a time before globalisation, was “Pash” Dry, a special product created by Pashon Products Ltd of Slough and made of New Zealand passion fruit juice. 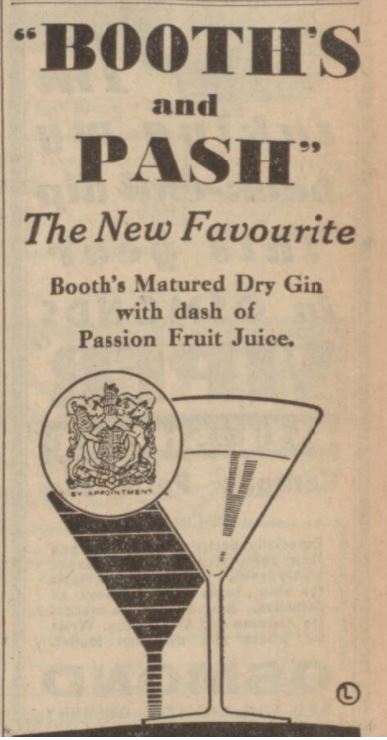 Following the success of Perosino’s cocktail and its growing popularity, a drink called “Booth’s and Pash” was soon advertised in papers across the country, as the “new favourite drink”.  2nd and 3rd places were won by Peter Keenan, a bartender from South Shields. Like Royal Romance, whose name was suggested by Perosino’s wife, Keenan’s two cocktails “Wanda’s Dream” and “Azuri”, found their names from characters that Keenan’s actress fiancée performed in local plays. 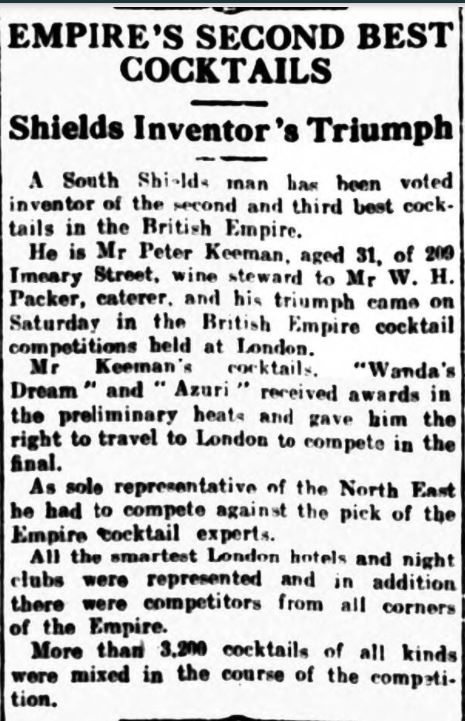 Both of Keenan’s simple but tasty recipes featured Grand Marnier, and won him the the Rayner Cocktail Cup. As one of the only representatives from the North East of England, it also brought him a wave of fame but also provided a wave of fame to the humble bartender, the only one representing the North East area of the country, who had previously worked as a wine steward to the caterer Mr W.H. Packer.

This first competition put the UKBG on the map, and set the tone for events that would come after.

Name of the Cocktail: Royal Romance

An advert that appeared in national newspapers, soon after the Empire Competition

Name of the Cocktail: Wanda’s Dream

Name of the Cocktail: Azuri 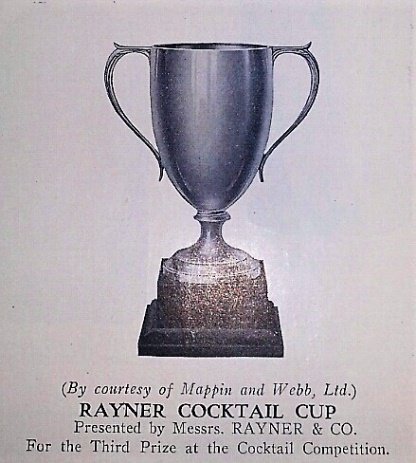 Name of the Cocktail: Crazy Crossing

Name of the Cocktail: Bitter Sweet

Name of the Cocktail: Endeavour