The American Bar’s 9th Head Bartender, Salim Khoury sadly passed away after a fight with illness. Even in his last moments Salim, managed to text positivity to those he was in touch with. 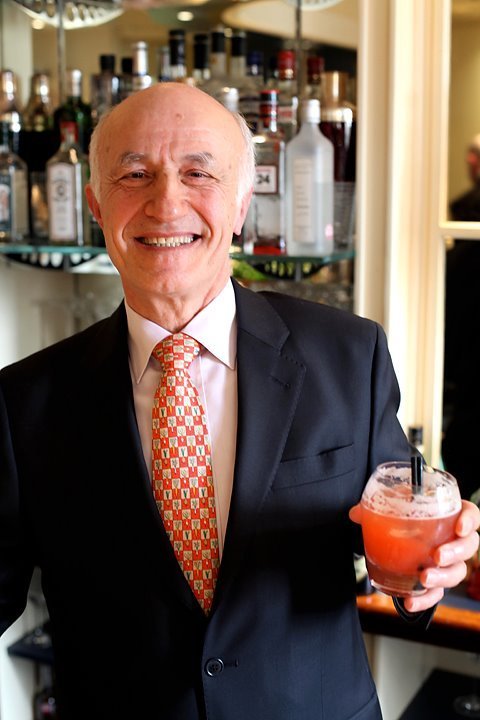 Born in Lebanon, Salim started working at the age of 15 years old at the Bristol Hotel, Beirut. In 1969 he made the move to London landing himself a role at the Savoy and a career there spanning 43 years. Leaving Beirut behind also meant leaving family and civil war, a war that cost the lives of Salim’s mother and a sibling.
Salim’s tenure at the Savoy is one that few will ever come close to matching. After forging a relationship with Peter Dorelli, in 1985 Salim transferred from the Grill Room Bar to join Peter in the American Bar. Working together for nearly two decades Peter then handed the role of Head Bartender over to Salim in 2003, when Peter retired.
Salim’s passion away from cocktails was golf – and Hendon Golf Club in particular – making great friends and nostalgically being known as a ‘champion rabbit.’ As he would swing the perfect drive ever the showman he would break into a brief Waltz with his driver.
Salim, however, will be best known for his warmth and ability to make genuine connections. Even in retirement he would frequently support the bar industry at events, always bringing a smile and a very special way to charm those in front of him.
His most famous cocktail creation was the Blushing Monarch, a Gin and Campari-based drink. But he was always more than just the beverage. It was the guest experience that mattered most.
Salim is survived by his wife Nimfa behind who cared for him during illness. The UK Bartenders Guild shares her loss, and we send our heartfelt condolences to a grieving community.
Tags:
Obituary
Facebook Twitter Email linkedin WhatsApp WhatsApp
Newer The UK Bartenders Guild Announces Partnership Event for Cocktails in the City | July 22-23
Back to list
Older National Hospitality Day – 18 September