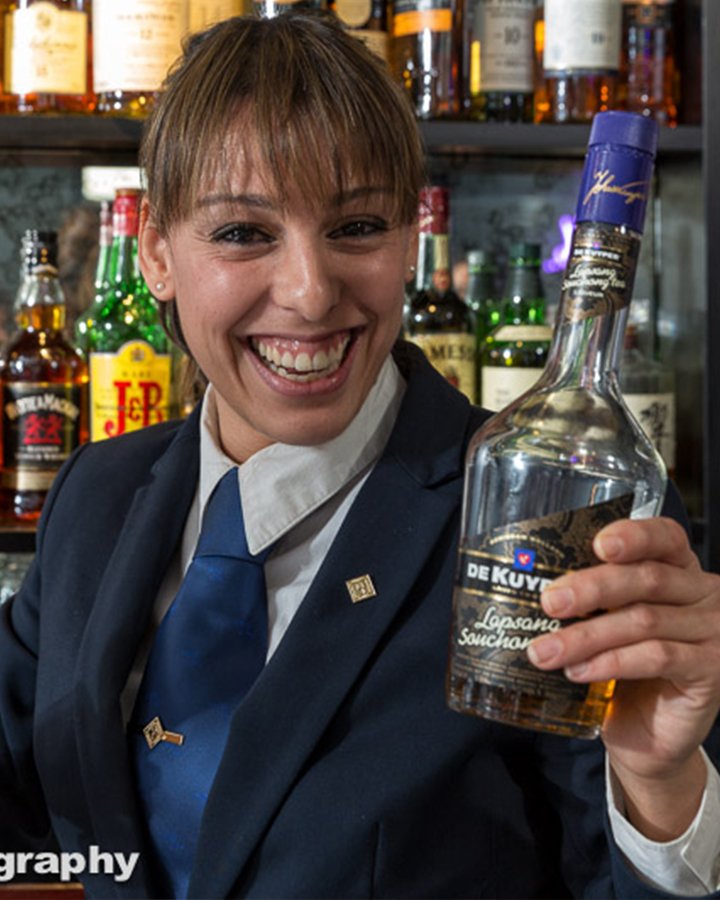 Born in Italy, Tuscany, in 1987. Influenced by her family heritage and work career, she got her diploma in Hospitality School foreign languages at Pisa University. Her work life started pretty early, at age of 15. After gaining her high school degree she was gifted by her family of 1° and 2° level bartender  course by AIBES (Italian bartender association). This is definitely help to defined and increased her passion for the bartending.

In 2013 she to Florence at the Westin Excelsior Hotel hotel with the bartender position for almost two years before coming to London in 2014. She was part of the bartender team at St James’ Hotel and Club 5* hotel in the heart of St. James. In August 2014 she joined the team at The Dorchester Bar as a waiter. Lucia was quickly promoted to bartender in April 2015 and, finally, head bartender in 2017, the only female Head bartender who has ever worked behind THE BAR at the Dorchester hotel.

Her career has been characterised by the participation at many  cocktail competitions.

From 2011 to 2016 she hold her title of Best Regional Young Regional Bartender by AIBES.

In 2015 UK Winner  of “Calvados Nouvelle vogue” and WINNER of UK Best Bartender of the year;

In 2016 she awarded as Best Young National Bartender of the year at the National Competition by AIBES;

2016 she represents UK at the World final cocktail competition by IBA in Tokyo where she gain the GOLD MEDAL in the “Sparkling cocktail category”, and the BRONZE MEDAL  at the Super final.

In 2017 winner of UK National final “Tio pepe the challenge”  and on the same year she represents Italy at the “IBA – The Elite Bartenders Course – JWC 2017 “  in Singapore winning the Best student award.

In 2019 she won respectively the  UK National  and the WORLD championship title of  “Beluga Signature Bartender program” making her the ambassador for the Beluga signature program of 2020/2021.